What parents can learn from the college admissions scandal 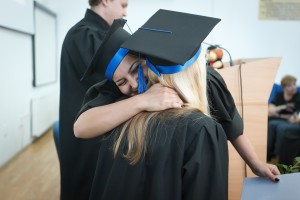 The end of the school year is only weeks away, and that means many seniors are anxiously waiting for college acceptance letters. For the college-bound, this time marks the culmination of years of preparation, from studying for exams to extracurricular activities and so much more. While much of the burden falls on the student – as it should – it’s understandable that parents will play a role as well.

But with the shocking allegations that emerged this week in the country’s largest college admissions scandal, many people are asking: At what point do parents overstep the boundary when it comes to helping their child? While most parents would not dream of participating in illegal activity to guarantee their child’s admittance to college, it’s not unusual for parents to enable their kids from time to time.

The dictionary describes enabling as allowing, permitting or giving means or resources to someone. When children are small, it’s normal to do things for them. As they grow, however, they should be taught to do things on their own. Unfortunately, that appears to be increasingly rare in today’s world of helicopter parenting.

So, how do you raise young adults to be self-sufficient?

Still looking for that parenting manual? Who isn’t! Truth is, parenting is hard work, and every parent fails from time to time. Fortunately, it’s never too late to change course, start over and try again.

David Lowenstein, Ph.D. is a psychologist and the clinical director of Lowenstein & Associates, Inc. in Columbus, Ohio. In addition to providing therapeutic services to individuals and families, he offers training and consultation to numerous associations, schools and agencies around the country. Additionally, he is a frequent radio and TV guest and a resource and contributing writer for numerous newspapers and magazines nationwide. Contact Dr. David Lowenstein at 691 South Fifth Street, Columbus, Ohio, 43206, or call 614.443.6155 or 614.444.0432.